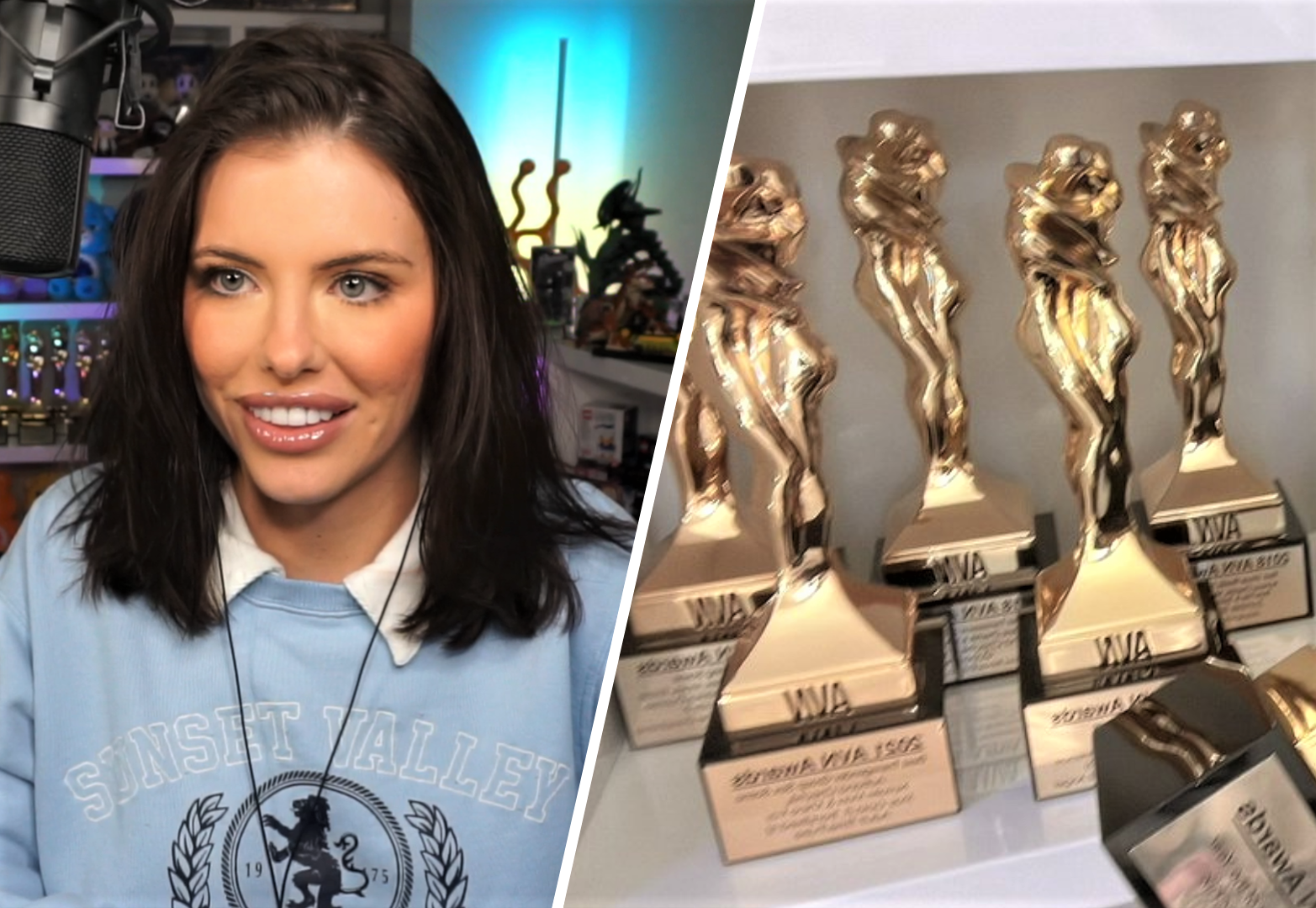 She’s got quite a lot! (pic: Twitch/Metro.co.uk)

Twitch streamer Adriana Chechik replied to haters who constantly try to put her down for being part of the adult content industry.

That has led some viewers to openly criticise them on social media, often reposting certain clips or shots of them engaging in sexual behaviour, in a bid to publicly ridicule them.

One streamer that has suffered from this behaviour is Adriana Chechik, who decided to shut down her haters by posting a rather dramatic picture.

Although a picture is worth a thousand words, Chechik also wrote a strongly worded caption to leave no space for haters to respond.

Chechik even called herself a ‘proud s**t’ and insisted that she doesn’t need her haters’ love when her bank account clearly shows how much she’s valued by her supporters.

Amouranth, who’s another Twitch streamer that does sex work, has not shied away from bragging about her earnings from OnlyFans either.

They seem to exceed what she’s making off Twitch by a considerable amount, as she managed to earn around £1,000,000 a month for a big part of 2022.

Chechik’s post was met with great support from her fans, who were quick to call her haters insecure and congratulate her on her success.

More: Twitch Kai Cenat passes out after taking over 100mg of edibles live on Twitch Jenna Ortega looks to have blocked Adin Ross after he asked her out on date Twitch streamer banned for a week for humping his Garfield plushie

One person referred to the haters as ‘Adin Ross and Andrew Tate fan boys’ as both men have made degrading statements about sex workers, despite continuously profiting off them.

Besides her adult content and Twitch streams, Chechik went viral a few months ago for suffering a very serious injury at TwitchCon.

After jumping in a foam pit set in the premises, she broke her back in two places and had to go through a series of surgeries.

Although she’s much better now, she’s still in the process of rehabilitation and she’s often seen wearing a back brace.

MORE : Adriana Chechik swatted while recovering from TwitchCon back injury