The Mutalk soundproof microphone is the dumbest and kinkiest peripheral ever 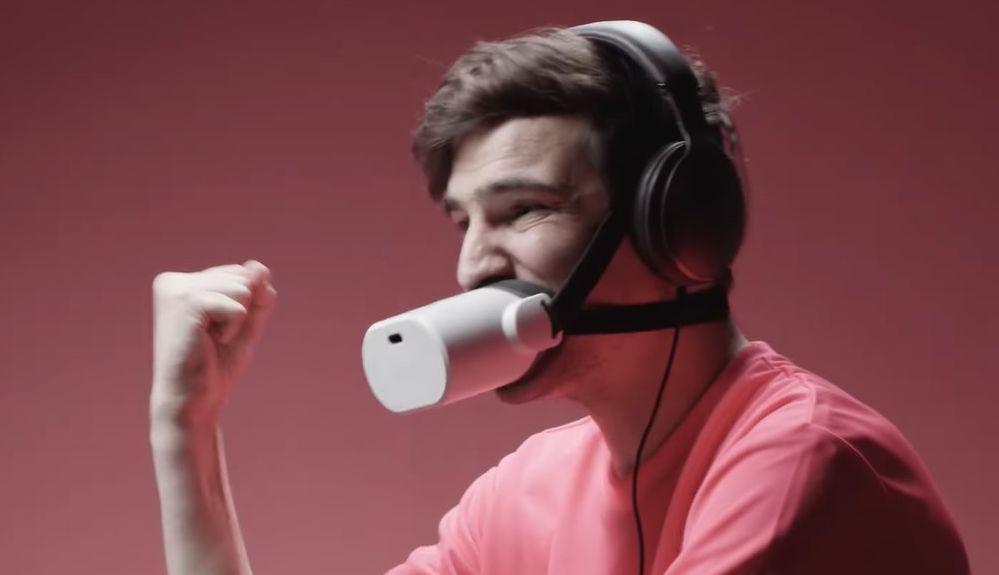 Designing your expensive new microphone to look like you’re about to enter a sex dungeon is certainly a look.

Ever since the invention of the headphones, people have been able to stay up late playing video games and not waking up the rest of the family. But what about when you want to chat to people online or carry on streaming? Well, now there’s the Mutalk soundproof microphone.

We don’t know where to start here, but… look at it! It looks like you’ve got a butter dish taped to your mouth and are about to pay someone a lot of money to tell you what a naughty boy you’ve been.

Officially though, the idea is that you’re speaking into the ball gag type device, which makes it ‘difficult for others to hear your voice and at the same time, makes it difficult for ambient noise to enter the microphone.‘

It’s strapped to your face so that you can continue doing what you’re doing hands-free, and it’s not just aimed at gamers, as other applications including ‘conducting a conference call in a quiet office or open space such as a café.’

Wearing it at home is one thing but putting it on in public? That’s hard to imagine anyone doing.

Although at the moment it’s only available in the US so it’d be even more costly to import, if, for some reason, you wanted one.

Now's your chance to date Amouranth... in a NSFW adult video game Amouranth insists she's only had one sexual partner as she shuts down online hater

The shots of someone using it in conjunction with a VR headset are especially hilarious, while also illustrating the fundamental problem with the anti-social nature of VR.

All they need to do is strap on a pair of headphones and they’ll be completely cut off from the real world, which is both the entire point and also kind of disturbing.

MORE : PSVR2 release date is February 2023 – is even more expensive than a PS5