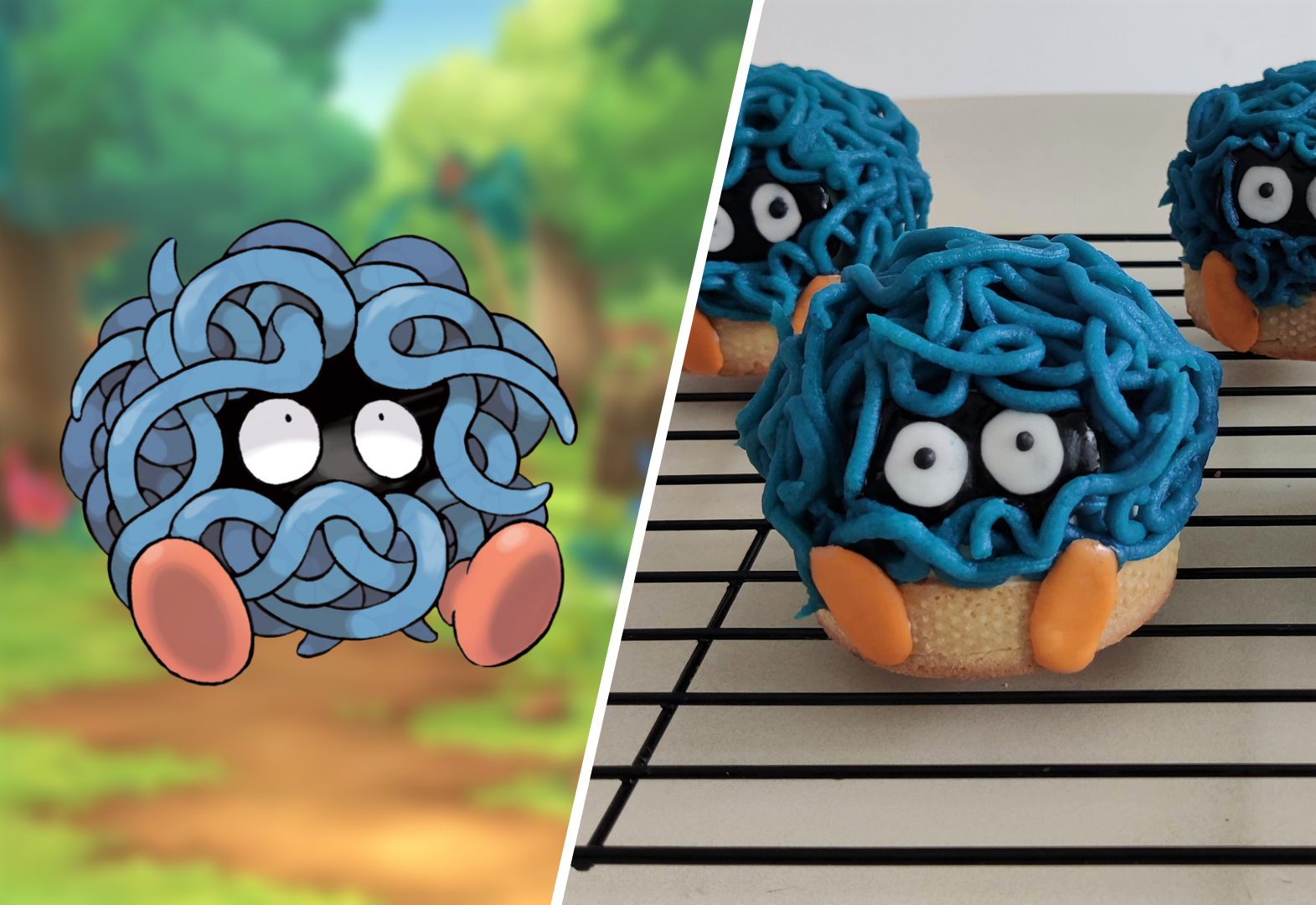 When players combine their love for Pokémon with their baking skills the results can end up being quite impressive.

After a Scarlet and Violet fan made an IRL version of a sandwich from the game, now it’s time for dessert, in the form of delicious Tangela tarts.

From Tangela’s blue, seaweed-like vines to its adorable orange feet, this master baker has included all the small details from the pokémon’s traditional appearance.

As soon as Reddit user ItsSundayBunday posted their creation, many fellow Pokémon fans jumped into the comments to express their enthusiasm.

Some of them coined a new name for the dessert, suggesting ItsSundayBunday should call them ‘Tart-gelas’ from now on.


I made some Tangela tarts from pokemon


A pastry apprentice even asked for advice on how to recreate the Tangela tarts, which lead to ItsSundayBunday giving away part of the recipe.

The Tart-gelas creator explained that they used royal icing for the feet, piping it out on a piece of parchment paper and then waiting until it dried to stick it on the tarts.

Others were more concerned with the flavour of the tarts, hoping they would taste like seaweed – though we’re not sure that would suit a sweet tart.

More: Pokémon Pokémon fan bakes delicious tarts that look just like Tangela Pokémon anime’s final 11 episodes will bring back Misty and Brock Games Inbox: Is The Last Of Us better than the game?

ItsSundayBunday revealed that they took inspiration from Mont Blanc tarts, which is a dessert of sweetened chestnut purée made to look like vermicelli, topped with whipped cream.

‘It is not seaweed flavoured, sorry to disappoint,’ the Tart-gelas creator said.

If visiting Japan it’s very likely that you’d come across certain cafés that love to turn pokémon or anime characters into desserts and snacks.

From adorable Dugtrio sandwiches to a Pikachu inspired dish, there are not many pokémon that have escaped the trend of being turned into food.