Amouranth to launch her own mini figurine with YouTooz 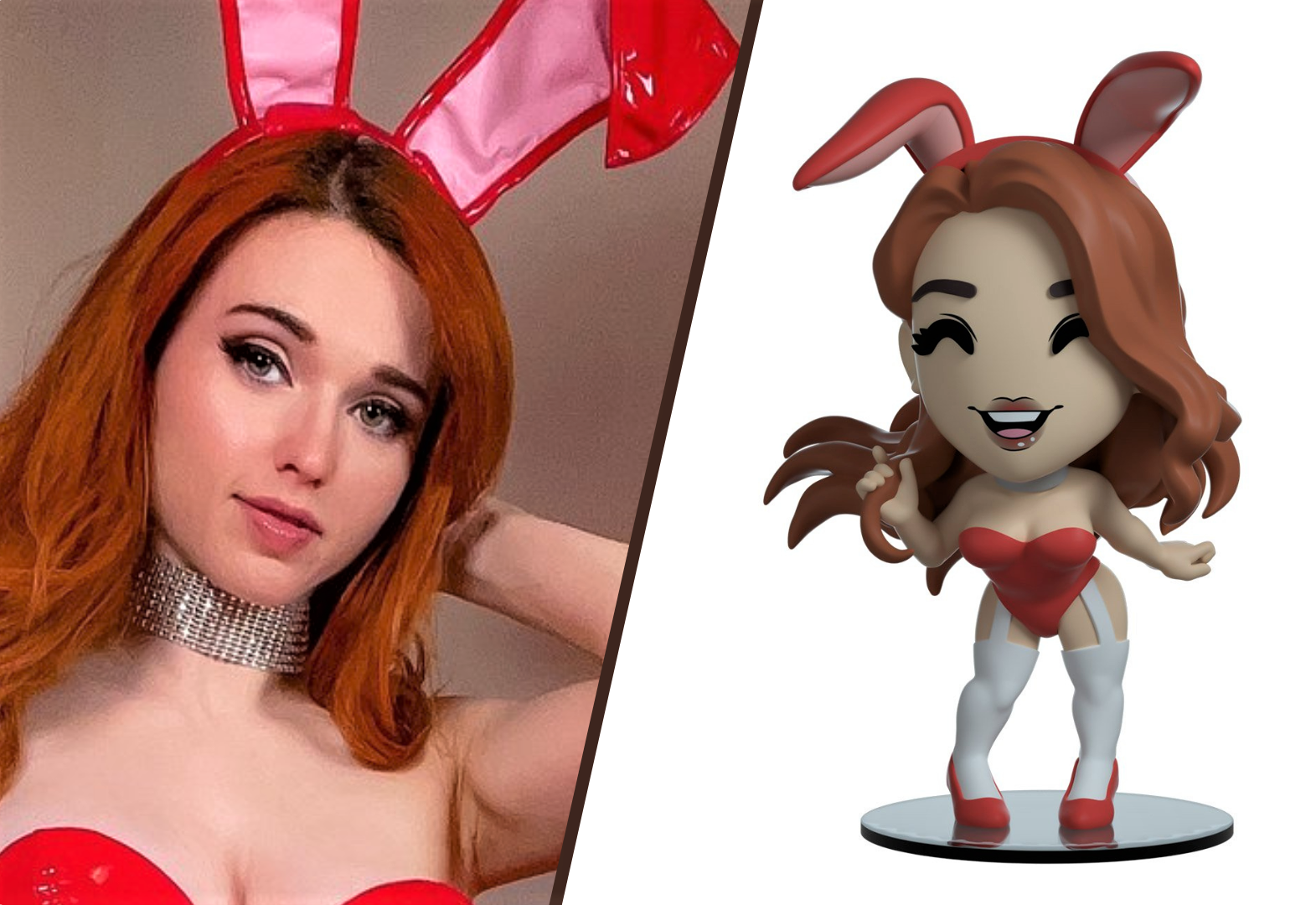 You’ll soon be able to have your own mini version of Amouranth wearing a cute bunny outfit.

If you’ve ever dreamed of having a tiny version of Amouranth decorating your bedroom, now is your chance to get one.

The popular Twitch streamer has announced she’s collaborating with YouTooz, a vinyl figurine brand, and will soon be launching her very own collectible.

The figurine has Amouranth’s red hair, wears a red bodysuit and some bunny ears, almost identical to the outfits worn by the Playboy bunnies.

Amouranth has been seen rocking the same outfit in real life multiple times, posing for sexy pictures on her Instagram or OnlyFans accounts.

As the collectible will officially be released on Friday, January 27, the hot tub streamer currently has an active giveaway on Twitter, giving her fans the chance to win one for free.

This isn’t the first time YouTooz has teamed up with a popular streamer, as the brand released a collection called Twitch Legends Collection in 2021.

It featured popular creators, such as Pokimane, Ninja and TimTheTatMan reimagined in the brand’s style.

As you can see from the photo Pokimane holds her cat Mimi, Ninja’s wearing a ninja outfit and TimTheTatMan’s figurine references his popular beach streams from back then.

They all look adorable! (pic: YouTooz)

A similar collection also featured Sodapoppin and Mizkif, though unfortunately they’re all sold out at the moment.

More: Twitch Kai Cenat passes out after taking over 100mg of edibles live on Twitch Jenna Ortega looks to have blocked Adin Ross after he asked her out on date Twitch streamer banned for a week for humping his Garfield plushie

Like her YouTooz figurine, her character is seen wearing various sexy outfits, among them her birthday suit.

Lately the streamer has been rolling one project after the other, ranging from a makeover show called Pimp My S*mp to her Mr and Ms Metaverse pageant .

MORE : Amouranth insists she’s only had one sexual partner as she shuts down online hater

MORE : Amouranth goes on a date with an 18th century cosplayer