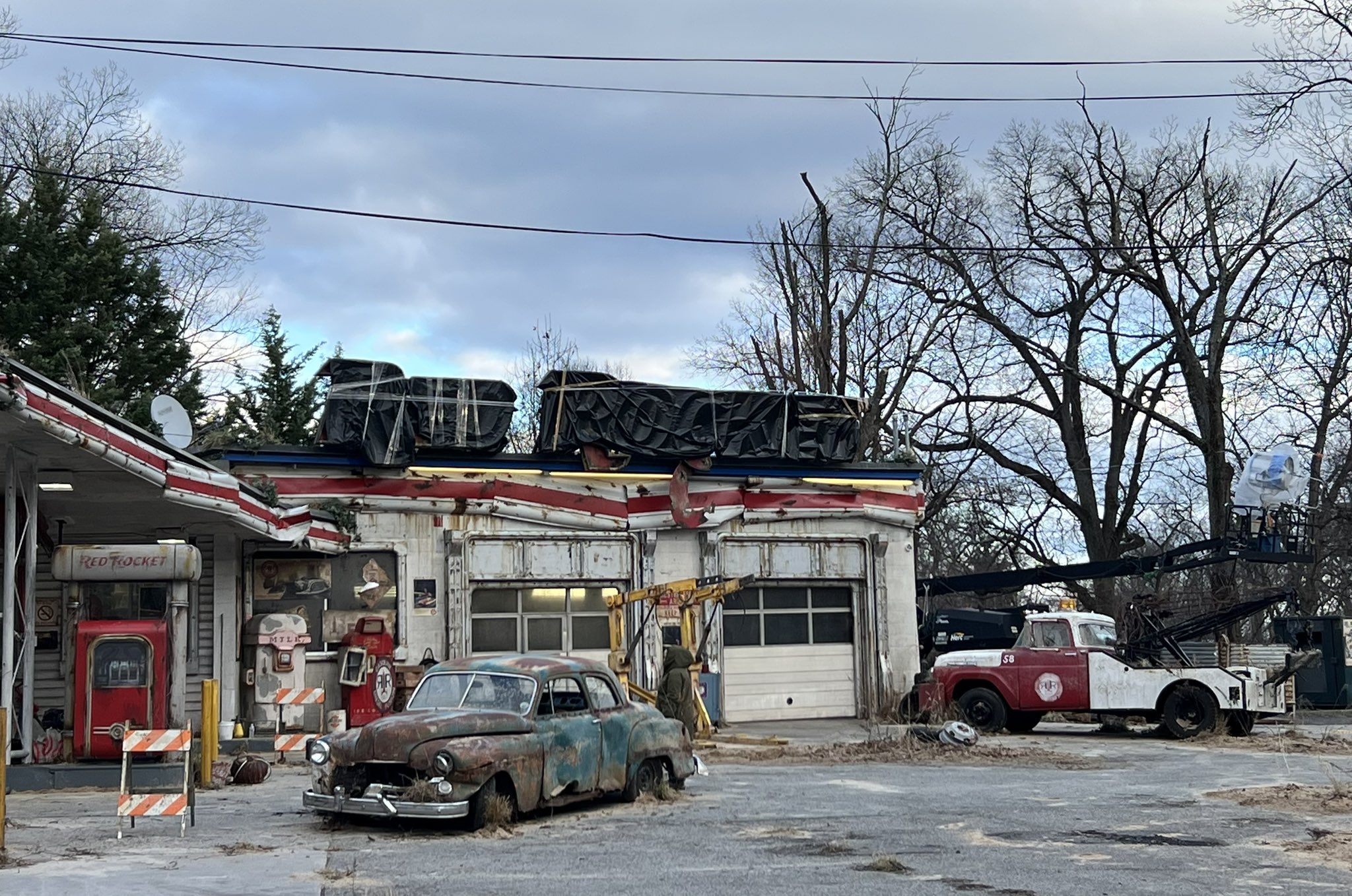 You can’t ask for more authentic than this (pic: Twitter)

Thanks to The Last Of Us companies are already desperate for the next video game hit and that looks like it could be Amazon ’s Fallout.

After the Sonic The Hedgehog and Uncharted movies started the ball rolling, The Last Of Us has now officially made live action video game adaptations the hottest thing in Hollywood. And that’s going to mean studios scrambling over themselves to sign up every half successful game they can think of.

Several promising productions were already underway before The Last Of Us debuted and we’ve already seen leaked and official set photos of Amazon’s Fallout show.

They were all of the fallout shelter itself though, which led some to speculate that the show might be primarily, or solely, set in the vault – but newly leaked photos of exterior sets prove otherwise.

The photos are of what is clearly a Red Rocket petrol station, featured prominently in the marketing for Fallout 4 and the first home base you make for yourself in the game.

It’s so close to the games you could almost mistake it for a screenshot, with the Nuka-Cola logo clearly on display and the familiar retro-futuristic 50s style vehicles from the games.

I thought for sure the â€œrocketâ€ might be up today but sadly not. So fun seeing it come alive. Building the set â€œRed Rocketâ€ for the upcoming Fallout,a post-apocalyptic tv series developed for Amazon. @VisitNyack @BethesdaStudios @GameSpot @eurogamer @Fallout @PrimeVideo pic.twitter.com/4Wi1ZPFjy8 — J Carson (@jcarson_nyack) January 24, 2023

However, as promising as these images are, in terms of getting a show that looks exactly like the games, we still know very little about it.

There’s been no word on the plot, other than it’s set around Vault 33 (which hasn’t featured in any of the games) and that it stars Walter Goggins.

Now's your chance to date Amouranth... in a NSFW adult video game Amouranth insists she's only had one sexual partner as she shuts down online hater

The series is being overseen by Westworld creators Jonathon Nolan and Lisa Joy, while showrunners Geneva Robertson-Dworet and Graham Wagner were previously writers on Captain Marvel and Portlandia, respectively.

Beyond that though, what the Fallout show is actually about is currently a mystery. As is when it will debut on Amazon.

MORE : Fallout 5 is in development confirms Bethesda – but only as a one page design document