A Space For The Unbound review – intimate Indonesian magical realism 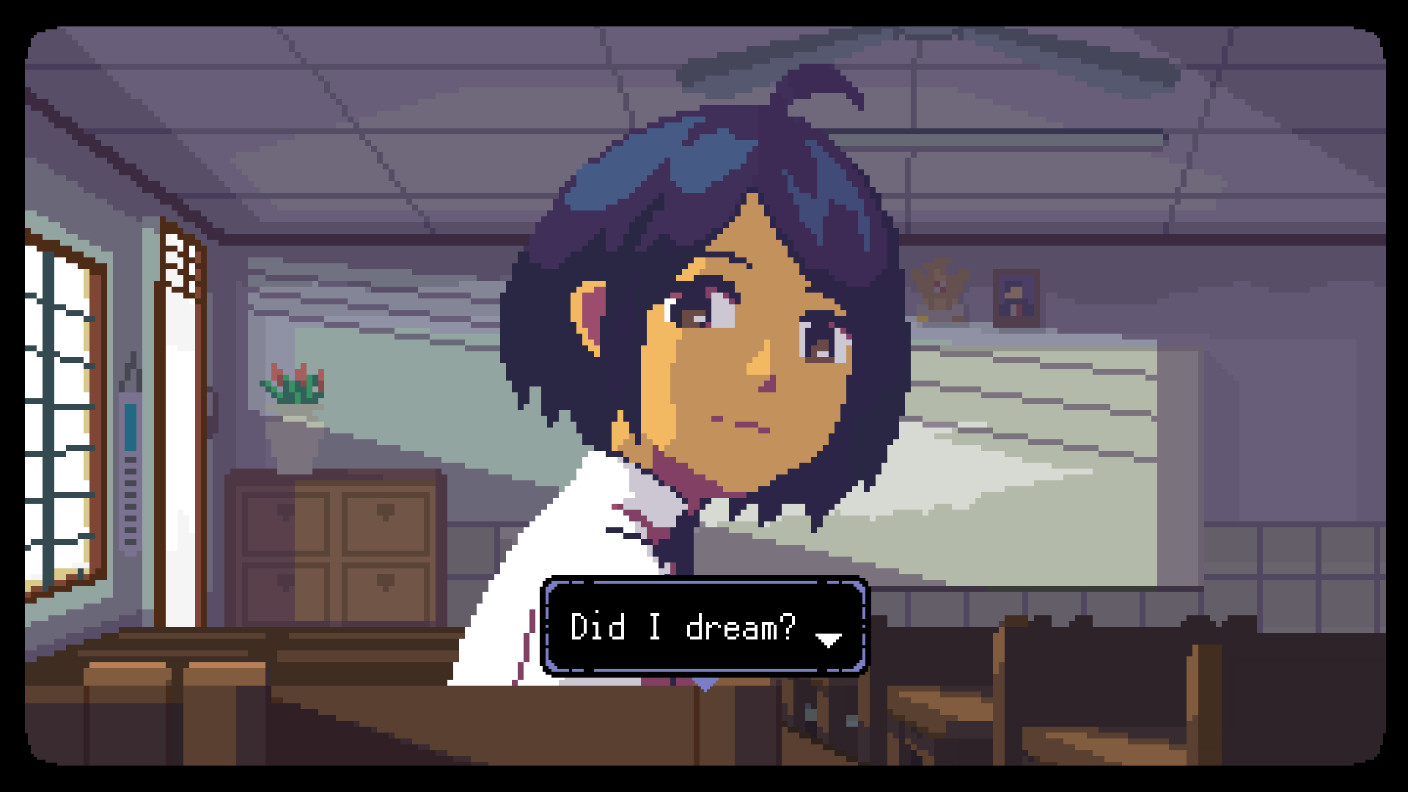 A Space For The Unbound – more than just nostalgia (pic: Mojiken Studio)

The best indie game of the year so far is both a 90s throwback and a thoughtful examination of teenage hopes and tribulations.

Indonesia hasn’t previously been noted as a hotbed of video games development, but on the evidence of A Space For The Unbound, which was crafted in the country and provides a charming evocation of life there in the late 1990s, it might just be in the process of becoming one. At first glance, this appears to be a simple tribute to 90s graphic adventures, with its pixelated 2D graphics and melodic, plinky-plonk music. But it ends up revealing an unexpected level of sophistication in its writing, that makes it much more than just a homage.

The game’s plot begins with Atma, a high school pupil, who befriends a young girl named Nirmala in the sleepy town of Loka City. Both are aspiring writers and while coming up with fairy tale-like stories they have a series of minor adventures in and around an abandoned bus. But that proves to be a false intro, using the old dream sequence trope, and eventually Atma wakes up at his classroom desk.

There, he and his girlfriend, Raya, engage in a soupçon of teenage rebellion: scribbling a sweetly innocent bucket list on the back of a careers form they are supposed to submit. That insignificant act somehow ends up threatening the very existence of the world in which they live, thanks to a mysterious power that Raya possesses, which enables her to warp reality itself.

Atma has a power as well, provided by a magic red book which he first encounters in his prologue dream. It allows him to dive into the psyches of Loka City inhabitants and fix deep-rooted psychological problems that are eating away at them. This is achieved via the medium of puzzle-solving and playing mini-games, with one recurring sequence reminiscent of the Phoenix Wright: Ace Attorney games.

As Atma and Raya indulge in a very innocent form of 1990s teenage dating – befriending cats, going to the cinema, and the like – Raya starts to demonstrate her power when things don’t go precisely to plan. A Space For The Unbound soon settles into a soap operatic style, as the pair interact with other pupils, teachers, and a wide variety of townsfolk.

And yet the more Raya uses her power, the more things spiral out of hand, and as Atma has to spend more time ‘spacediving into people’s psyches, the game reveals its true purpose, as a study of mental health problems and anxiety.

It does so in a very clever and impressive way – at no point does it feel at all didactic, yet at times it proves to be extremely thought-provoking and contemplative. Even at those points, however, it maintains a veneer of quaintness, thanks in large part to the retro visuals. Even when it gets very dark towards the end, it never feels oppressive, and its depiction of life in small town 90s Indonesia somehow remains sweet and endearing even when everything starts to go wrong.

In terms of gameplay, A Space For The Unbound includes nods to various other popular 90s genres, such as scrolling beat ‘em-ups, with Atma using the same techniques to fight both school bullies and bosses that reside in the minds of damaged individuals. There’s also plenty of conversing with characters, finding objects, and using them in typical LucasArts fashion.

This includes some genuinely inventive puzzles and when Atma acquires an object that enables him to open rifts and travel back in time, A Space for the Unbound’s puzzling becomes a multi-layered and highly complex marvel.

A Space For The Unbound – it’s not just pointing and clicking (pic: Mojiken Studio)

At times, A Space for the Unbound does belay its indie nature; its map, for example, is frustratingly unhelpful, forcing you to develop a very intimate knowledge of the geography of Loka City. Which at least is appropriate, since, as a whole, the game has a very intimate and personal feel.

There are also plenty of very trivial sub-quests to perform, but the feeling that you’re solving the problems of so many of the people you meet is very satisfying. And while its gameplay doesn’t do anything that you won’t have encountered previously, in the various games it pastiches, the way it employs subtle variations and juxtapositions still generates a sense of freshness.

The game is quite long by point ‘n’ click adventure standards, which is commendable given its low price. Looking at its graphics, you might be tempted to dismiss it as a mere retro throwback but beneath its unassuming exterior lies an impressive amount of depth.

If you value games which are contemplative, evocative, and thought-provoking A Space For The Unbound is one of the first surprise hits of the year.


A Space For The Unbound review summary In Short: What starts as a sweet and endearing homage to 90s gaming evolves into a sophisticated and, at times, dark exploration of two troubled youths, in one of the best indie games of the year.
Pros: Nicely written and characterised, with a nuanced examination of mental health issues. Some great puzzles and cleverly layered gameplay. Beautiful evocation of 90s Indonesia and gorgeous retro art.
Cons: Unhelpful map and some mini-game sequences end up feeling repetitive. Occasionally involves too much fetching and carrying.
Score: 8/10