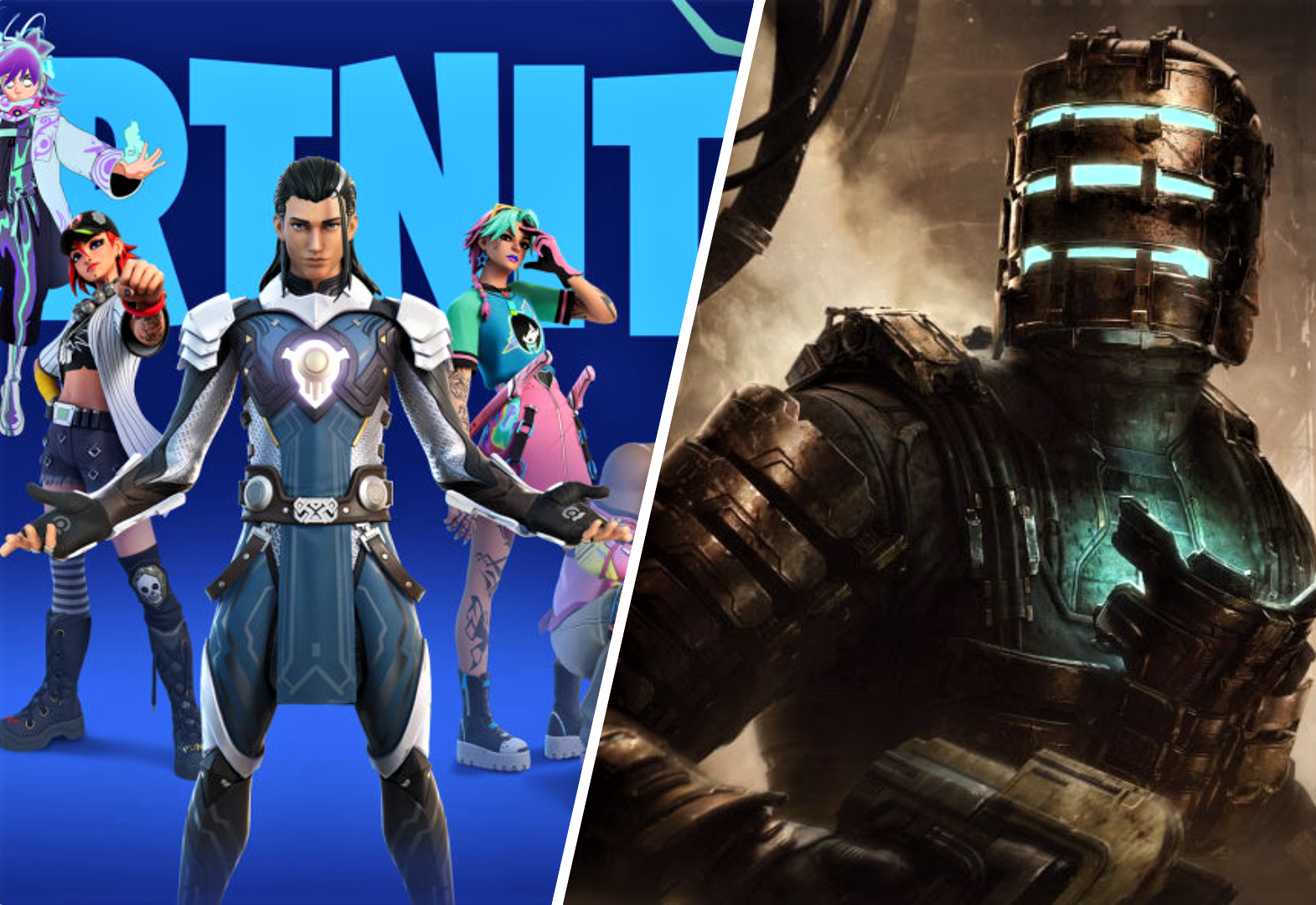 It’s not as horrifying as the real game (pic: Metro.co.uk)

As part of a cross-promotion for the upcoming Dead Space remake, Isaac Clarke has dropped into Fortnite .

As Fortnite has cameos from every popular franchise you could imagine, it’s almost easier to name those who’ve not appeared in the game yet.

The battle royale has also featured a fair number of familiar faces from other video games, such as Ezio from Assassin’s Creed, Lara Croft as well as Chun-Li and Ryu from Street Fighter , among others.

Now, a far more sinister-looking bundle has been added to the item shop, as Fortnite has officially welcomed Dead Space’s Isaac Clarke.

This has been a highly anticipated collaboration, as leakers caught wind of it at the start of December , even revealing the exact date it would be released.

As you would expect, apart from featuring Isaac Clarke as a skin, it also comes with cosmetics identical to the weapons he uses to survive and fight off Necromorphs.

Dead Space follows the story of engineer Isaac Clarke responding to a distress call from the USG Ishimura (pic: EA)

You’ll find a health-tracking back bling that reacts to Isaac taking damage – just as it happens in the Dead Space series.

There’s also another back bling which is a small model of the USG Ishimura, as well as a pickaxe inspired by the engineer’s plasma cutter.

The pickaxe also features a built-in emote called Bench Upgrade which you can use to equip and unequip it.

Completing the Strange Transmissions quests will reward you with 1,500 V-Bucks which you can always use toward your next pack or other in-game items.

You can purchase the Dead Space bundle only with real money and it will cost you £9.99 to get in Isaac’s shoes (or space suit, in this case).

Dead Space is not the only horror game that has been adapted for Fortnite, as Chris Redfield from Resident Evil was also added to the game some seasons ago.

Although, now that the Resident Evil 4 remake has been confirmed to launch on March 24 it might be time for more characters from this horror franchise to get added to Fortnite as well…

MORE : Fortnite disables Shotgun Striker reality augment after teammates use it against each other

MORE : Fortnite Save The World ‘trading scams’ can now get players banned