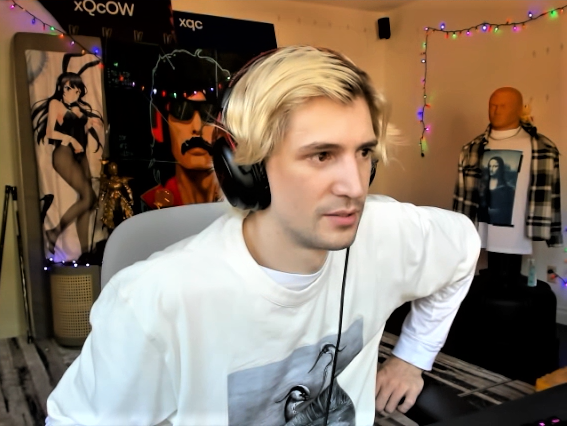 While reacting to random TikToks , xQc exposed himself for constantly liking videos posted by sexy influencers.

After taking a stroll around Venice Beach in Los Angeles a few days ago, top Twitch streamer xQc is back to his usual routine of streaming from his room for hours on end.

This time he spent a good portion of his broadcast playing Minecraft , watching SpongeBob SquarePants, and reacting to some random cooking videos.

Towards the end of his stream, he decided to unwind by scrolling down his For You page on TikTok, though he seemed surprised that a certain type of steamy content was nowhere to be found…

xQc had multiple tabs open at once, each one playing videos he’d found on his homepage or that his viewers had sent him, with most of them being either sketches or memes.

At some point he almost jumped out of his seat when a girl wearing a revealing top popped up on his screen.

Although, given what followed next he seems to be very familiar with this type of sexy content.

‘I’m actually surprised that my FYP isn’t that bad, because look at this s***,’ xQc said moments before exposing his likes.

More: Twitch Amouranth insists she's only had one sexual partner as she shuts down online hater Twitch ban of robot streamer Neuro Sama was likely over Holocaust denial comment Amouranth blasts ‘ignorant’ fans who keep calling her a liar

He then went on his profile and showed his viewers that he had liked over 20 clips of women wearing revealing clothes and bikinis, or posting thirst traps of one sort or another.

The list didn’t stop there as xQc seems to have made a habit of following sexy influencers.

One of these models even resembled Amouranth, as she also had long, red hair, which likely means that xQc still hasn’t gotten over the fact that he missed the chance to go on a date with her .

The streamer didn’t stay on his Likes page for too long, as it’s known that Twitch doesn’t shy away from banning sexy content, even when it’s just a quick glimpse like this.

MORE : 16,000 Twitch viewers watch xQc vacuum his room and fail to do his laundry properly

MORE : Amouranth reveals why she didn’t go on date with xQc – ‘He could have hollered’