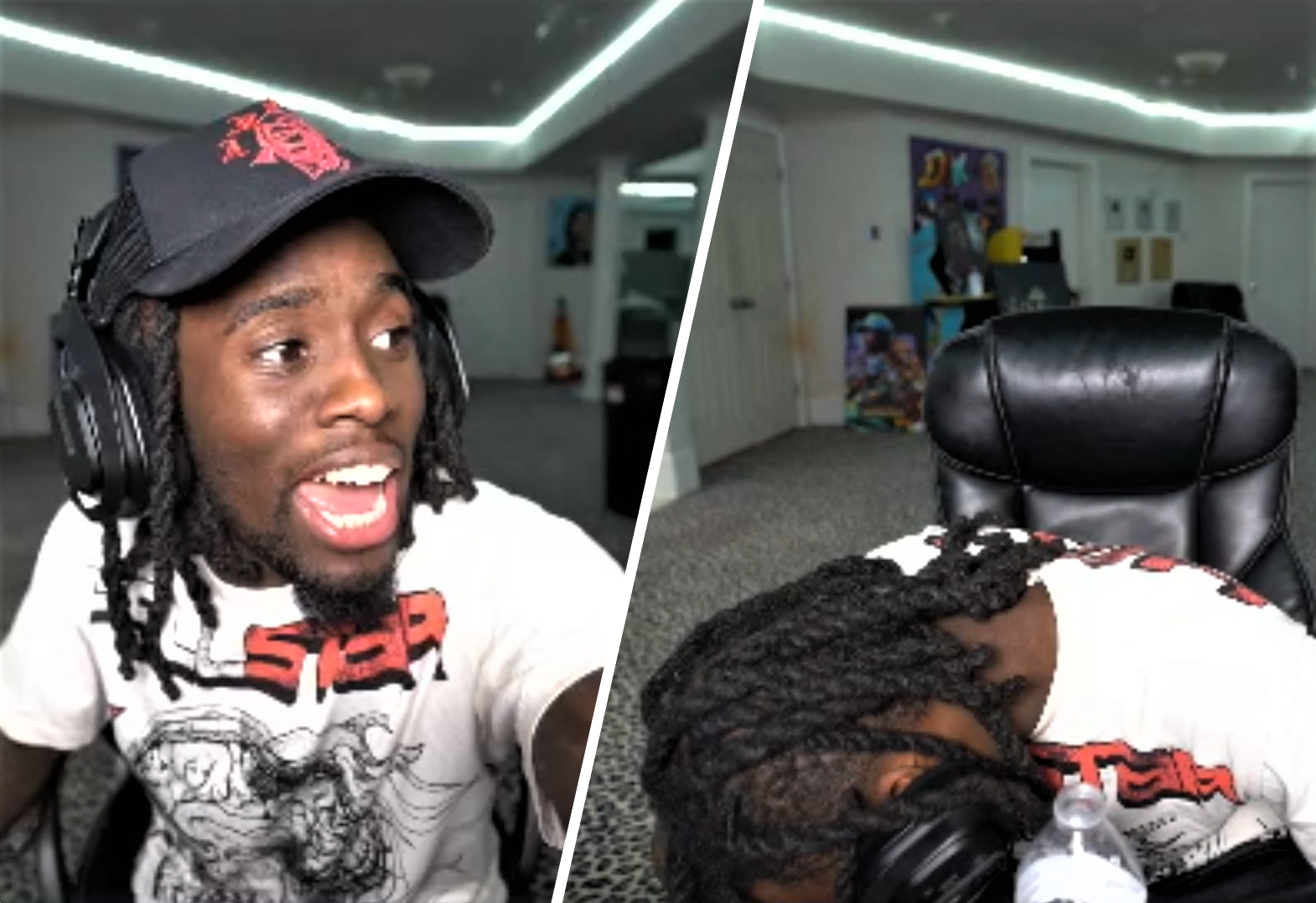 He couldn’t sit up straight by the end of his stream (pic: Twitch/Metro.co.uk)

Twitch streamer Kai Cenat couldn’t keep his eyes open during a broadcast, after taking a big dose of edibles on camera.

Known for his crazy shenanigans, Kai Cenat has managed to become the third most subscribed Twitch streamer, only beaten by xQc and Hasanabi.

His content mostly consists of doing Just Chatting streams, usually hanging out with other creators and reacting to viral clips or playing Grand Theft Auto 5 from time to time.

However, one of his recent hangout sessions took a turn for the worse when he passed out in the middle of a game of Gang Beasts.

The reason behind him feeling unwell was that he ate a number of cannabis infused snacks, despite his viewers warning him that he would ‘green out’.

At the start of his stream, Kai was seen trying to choose between a variety of edibles, such as Delta-9 infused Nerd Ropes candy and then some chocolate bars.

‘This [Nerd Ropes] has 100mg. Which I will not be taking, I’m not doing that. This [chocolate bar] one is 300mg. Okay, this is crazy. Then we got the brownies. These are homemade brownies. 100 per,’ Kai Cenat said.

However, the array of weed infused snacks didn’t end there, as he also showed off a pack full of homemade chocolate truffles.

After asking his friends, and googling what’s the safe amount to consume, against his better judgement he ate one chocolate truffle ball, a small piece of the chocolate bar, and the candy rope.

When taking edibles, the effects of weed don’t kick in as quickly as with smoking, so Kai continued his stream being his usual, loud and energetic self.

As soon as he hit the one hour mark though, he started looking very drowsy and talking less and less.

More: Twitch Amouranth insists she's only had one sexual partner as she shuts down online hater Twitch ban of robot streamer Neuro Sama was likely over Holocaust denial comment Amouranth blasts ‘ignorant’ fans who keep calling her a liar

While in the middle of a Gang Beasts game with his friends, it looked like he had fallen asleep while still sitting in his chair.

As sleepiness is a common symptom of cannabis consumption, his friends didn’t seem to worry too much about him at first.

However, once he managed to wake up, he seemed way too out of it to continue with his Twitch stream, and one of his co-streamers encouraged his friend that was with him to end the stream and take him to bed.

While taking drugs and other substances is usually prohibited by Twitch, and can end up with the streamer getting a hefty ban it’s a different story with cannabis.

As the consumption of cannabis is legal in some states in America, Twitch won’t take action against those who broadcast from one of these regions.

In this case, Kai Cenat is streaming from his residence in Atlanta, which has decriminalised possession of small amounts – though that doesn’t apply to the rest of the state of Georgia.

MORE : Twitch streamer slams desk and PC so hard his power goes out