DualSense Edge review – the best controller ever made 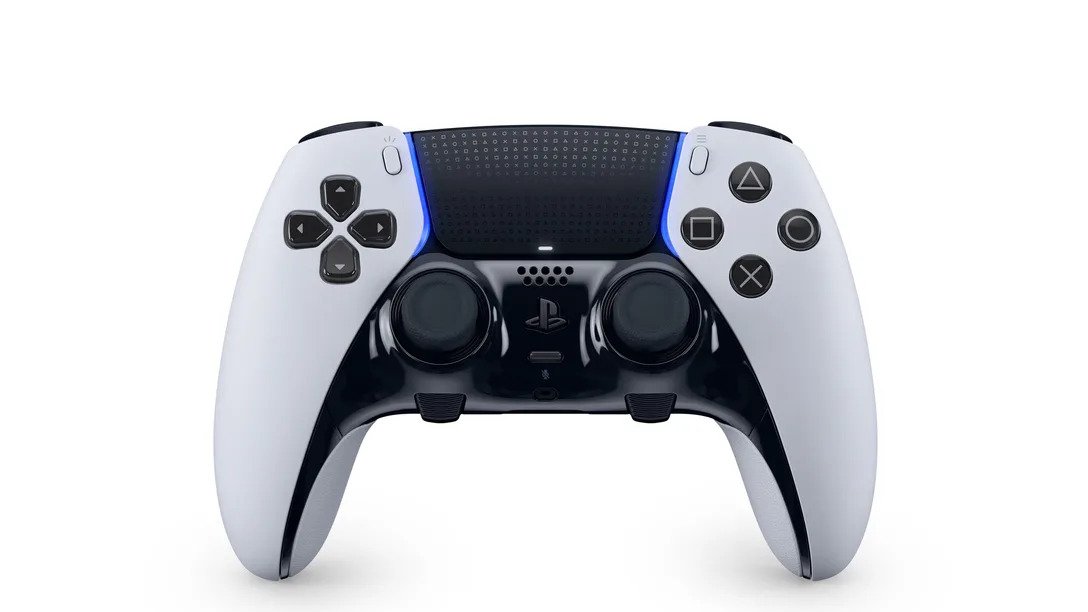 DualSense Edge – for once edgier is better (pic: Sony)

The PS5 gets a new iteration of the DualSense controller, that’s more customisable and more expensive, but what exactly is it for?

Whatever else is said about the PlayStation 5 , there are very few people that would argue the DualSense controller isn’t a major improvement on the previous DualShock designs. Once considered one of the most iconic elements of the PlayStation brand, almost overnight the old controllers were forgotten and the DualSense accepted as not just the best PlayStation controller but superior to the standard Xbox equivalent.

For years though, beginning in the Xbox One era, Microsoft has been selling the Elite series of controllers , based on the standard designs but featuring a higher build quality and a huge range of optional extras, including detachable analogue sticks and paddles on the back. The DualSense Edge is Sony’s take on that same idea, with many of the same features. It’s not cheap but it does make the best controller of the current generation even better.

The DualSense Edge will be released on Thursday, January 26 and costs a hefty £209.99. It’s clearly not aimed at casual, or even mid-core, gamers but instead those that take their gaming very seriously and/or play professionally. If you trust Sony on the build quality that almost tells you everything you need to know, in terms of whether this is something you’ll be interested in, but there is a bit more to it than that…

Although the Edge is, naturally, a wireless controller it also comes with a chunky, almost three meter long USB-C cable, if you want to keep it charged all the time (which is more of a problem than you might hope, as we’ll get into later) and avoid any random interference with the wireless signal.

Beyond that, the main additions in the box are two pairs of differently sized back paddles and two pairs of toppers for the analogue sticks, to make them shorter or taller. Both are optional – you don’t have to use either if you don’t want to – and are secured in by magnets and/or levers. Again, it’s all very similar to the Xbox Elite but we’re glad Sony has avoided creating solutions to problems that don’t exist, just in an effort to appear different.

What is different about the Edge is that, unlike the weighty Xbox Elite, it’s not noticeably heavier than the standard controller (officially it’s only 46g more). That’s not a big issue either way but it does mean it’s less of a culture shock using it for the first time, which is certainly a good thing. What is like the Xbox Elite, though, is the additional grips on the triggers and handles, which is the only part of the standard set-up that feels any different.

There’s no specific use suggested for the back paddles or alternative analogue sticks, so you’re free to use them however you want in whatever game you think would benefit from them. The paddles are obviously inspired by Formula One cars but while that can come in handy with Gran Turismo 7 you can customise them to work with any game you like, separating out functions that were previously context sensitive, and tied to the same button, or simply rearranging them all to be more comfortable.

An obvious example is the run command, which, in all too many games, is often activated by pressing the analogue stick down, which we always hate. Either that or it’s some other awkward button press, as it’s clearly always deemed the least important part of the control scheme, but here you can assign it to a specific back paddle or wherever else you want.

The interface for doing this is necessarily complex but it’s at least consistent and relatively intuitive. The PlayStation 5 knows you’re using the Edge and allows you to store four different control set-ups on the controller, which are switched between using special buttons on the Edge itself – so you don’t need to access the dashboard to switch between them. You can also open up the button remapping screen the same way and change the volume if you’re using wired headphones (but not wireless ones, oddly).

You can also do things like turn off the touchpad and alter the triggers so they no longer have the middle, ‘clutch’ position. This will interfere with how some specific games work but since the Edge is primarily aimed at online shooter fans, changing how far you can press the trigger in is clearly a useful thing to be able to do.

DualSense Edge – even the case looks like the one for the Xbox Elite (pic: Sony)

We’re still not entirely sure what the different analogue stick sizes are in aid of, and never really got the point of them with the Xbox Elite either, but we assume it’s just a comfort thing. They’re highly customisable too, in terms of sensitivity and the size of their dead zone, although, in a rare break with the Xbox equivalent, you can’t adjust their level of tension.

That aside, the only real negative is that the battery life is slightly shorter than that of the standard DualSense, at around eight hours. Battery life was already an issue for the standard model, so it’s unfortunate that this is even worse. Although if you’re already used to using a PlayStation 5, you’ll probably also used to taking every opportunity to charge the controller in between sessions. We’d also assume that most pro players would have it plugged in all the time anyway.

The only other issue is that, in theory, the controller is just as prone to joystick drift as the standard model, since it uses the same basic tech, but hopefully that won’t be any more common a fault and Sony will behave themselves when organising repairs. A spare analogue stick module is included by default though, which seems to be an attempt to pre-empt the issue, which plagues all modern controllers.

If you’re looking at the DualSense Edge and thinking it looks neat because of the glossy faceplate, black face buttons, and little symbols on the touchpad we can assure you that is not a good enough reason to be spending £210 on a new gamepad. But we’re sure you already knew that.

No one’s going to be buying this by accident, or without any idea of its benefits, and on the basis that it does exactly what it says on the tin there’s absolutely no reason not to recommend it to those looking for more options for their controller. The DualSense Edge is aimed at hardcore gamers that are willing to pay a premium for a higher quality product and on that basis it delivers, while ordinary customers miss out on nothing that they’d have any real use for.

The DualSense Edge launches on January 26 and can be pre-ordered directly from the Sony website .