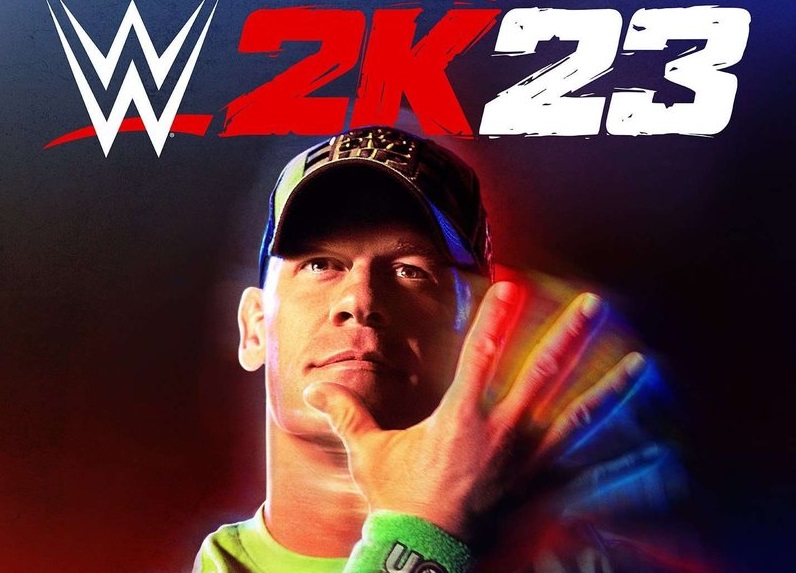 WWE 2K23 – out of all the potential cover stars they could’ve picked, 2K decided not to have anyone on the box (pic: Twitter)

In a bold marketing decision, WWE 2K23 will apparently launch with a blank cover, though everyone else says they can see John Cena .

Thanks to WWE 2K22 being much better received than its predecessor, wrestling fans can likely expect to see the series return to a yearly release schedule – barring another WWE 2K20 style disaster.

Although nothing has been formally announced by 2K or series developer Visual Concepts, there have been rumblings of a WWE 2K23 being announced at this year’s Royal Rumble event, which takes place next week on January 28.

It’d make perfect sense to do so (the last game was unveiled at WrestleMania), and now it’s believed the game’s box art has been leaked alongside a release date of March 17.

Said box art was discovered by dataminer Aggiornamenti Lumia on Twitter, who has regularly leaked official information taken from the Microsoft store. For instance, they uncovered Diablo 4’s June release date a couple days before the official announcement.

For whatever reason, they’ve since deleted their initial Tweet, but it was up long enough for people to share the box art and release date elsewhere.


Strangely, the box art appears to be completely blank save for the game’s logo. Others have claimed that John Cena is the new cover star, but that’s impossible since no one can see him. His theme song says so.

At the top of the box art, it reads ‘cross-gen edition,’ which basically confirms that WWE 2K23 will launch for last gen and current gen consoles rather than purely be a PlayStation 5 and Xbox Series X/S title.

Given 2K’s track record, expect it to announce at least two other, extra expensive special editions that come with additional content.

The timing is also quite similar to WWE 2K22’s own release. That game didn’t see a proper trailer until January 2022, which then confirmed it would release just a couple months later on March 11.

Perhaps fans can now expect to see all future WWE games release around March time, like how Activision’s Call Of Duty titles tend to release in the late autumn.

MORE : Could Dwayne ‘The Rock’ Johnson return to WWE for the Royal Rumble? New merch has fans wondering