8-9-2019 Games Online Metro Uk News 233 Print this Page
The most influential man on the internet (Photo by Vincent Sandoval/WireImage)
PewDiePie has topped The Sunday Times Influencer list, which aims to rank the most influential digital figures across a variety of social media platforms.
The list uses new influencer-intelligence platform CORQ to rate influencers, taking into account audience size, growth, engagement rate over time.
Swedish vlogger and gamer PewDiePie – real name Felix Kjellberg – has been making YouTube videos since 2010 and recently reached 100 million subscribers on the platform , making him the third most popular channel on the video sharing website.
Pewds is closely followed in second place by vlogger-turned-boxer KSI, with gamers dominating the top 10.
The highest placed woman on the list is Strictly Come Dancing contestant Saffron Barker, who comes in fifth place, having started vlogging when she was only 15 – now we feel really old…
The 19-year-old vlogger is immediately followed by fellow social media star and last year’s Strictly finalist Joe Sugg in sixth place.
Saffron made her Strictly debut during Saturday night’s launch show (Picture: Ian West/PA)
While many of Joe and Saffron’s peers beat them when it comes to followers, landing a spot on a huge primetime TV show like Strictly is sure to have positively impacted the pair’s place on the list by introducing the influencers to a broader audience.
PewDiePie’s pole position on this list isn’t exactly surprising, after it was recently estimated that the online content creator takes home over £6.5 million a month (what!) in advertising and merchandise money, meaning he is out-earning his competitors by millions.
More: YouTubers Friends theme song in a minor key is making us all emotional Tana Mongeau isn't handling Billie Eilish unfollowing her in emotional video YouTuber Zoe Sugg films her smear test
Having r ecently tied the knot with long-term girlfriend Marzia Bisognin , even Pewd’s recent honeymoon in Bali was sponsored.
Now that’s impressive!

Got a showbiz story? If you've got a story, video or pictures get in touch with the Metro.co.uk Entertainment team by emailing us [email protected] , calling 020 3615 2145 or by visiting our Submit Stuff page - we'd love to hear from you. 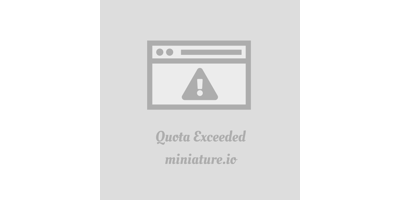